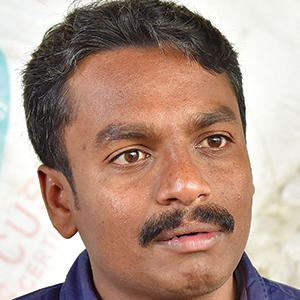 The idea is to show smaller models and leave it open for them to be replicated. Small processes always offer unique learning.

In 2012, Bengaluru’s garbage crisis raised such a dreadful stink that the New York Times found it to be news that’s fit to print.

“Get a job! Then, become a farmer at your farmland in Chintamani. Don’t get into this waste business,” was Patel’s advice (as if to test one’s resolve) to Rajesh, an industrial engineering graduate, who was volunteering with the UN Environment Programme. Unrelenting, Rajesh continued brainstorming with experts to figure out a way for Bengaluru to handle its garbage problem.

In 2013, Rajesh oversaw the establishment of Karnataka’s first dry-waste processing centre in Yelahanka. Spread over 9,000 sqft, the facility works under the aegis of Swachha, a nonprofit Rajesh co-founded.

“We get 12 tonnes of dry waste every day,” says Rajesh, now 34, as he moves past heaps of dry waste, mostly plastic, at the facility. “We get dry waste from industries as well as residential, which is sorted here based on what’s recyclable and what’s not.”

That business can thrive on garbage is something Rajesh believes Swachha has demonstrated with its waste management model. Rajesh and his team work primarily in the municipal zone of Yelahanka, which houses about 6,000 bulk generators (mainly apartments). Those producing 10 kg of waste daily are considered bulk generators, including apartment complexes, hotels, malls and so on.

“We charge as low as Rs 70 per month per flat for dry and wet waste management. We recycle the dry waste and the non-recyclable is sent to cement factories where it is used as an alternative to coal for burning furnaces. We’re not burdening any of the landfills,” Rajesh says.

The workflow at the Swachha facility resembles an assembly line. The plastic-heavy dry waste is rigorously sorted by personnel, mostly women, trained in a do-it-yourself fashion.

The recyclable plastic, after sorting, is fed to a shredder for grinding and then another machine that works on the principle of a chakli-maker. “The plastic is melted and what comes out are long, noodle-like plastic wires,” Rajesh points out. Also, there are plastic granules used to manufacture drip-irrigation pipes.

“We sell the granules for Rs 40-50 per kg to Peenya where pipes are manufactured. We market the pipes and supply them to agricultural cooperatives and farmers’ groups for Rs 3.70 per metre. In the last three years, we’ve produced 5 lakh metres of pipes with plastic waste,” Rajesh says.

Soon to hit the market are interlocking tiles made from plastic containers and shampoo bottles. “We’ll have a commercial launch in about two months.”

The wet waste collected by Swachha is used for composting. “Agriculture is still alive on the outskirts of Bengaluru.

The wet waste that we segregate is taken to the closest farm in Rajanakunte where it is composted,” he says.

Besides Swachha, Bengaluru bulk waste sector has other players such as Hasiru Dala, Saahas, Samarthanam, Wastewise and MSGP. They collect, transport and aggregate the waste before giving it to recyclers. Swachha has a more integrated approach — collection, transportation, recycling and finished products.

Going forward, Swachha is looking to start a facility for sanitary waste disposal. “We’ve asked the BBMP for land. Also, the non-recyclable plastic waste can be used to make furnace oil. Post-production multilayered plastic, for example. By February or March 2020, we hope to commission this plan in Dabaspet,” he says.

Swachha has approached the BBMP to start dry waste processing units in every municipal zone. “All we want is land. We will do and pay for the rest.”

Rajesh still believes in pilot projects, much like the 2011 one he was involved in at his native Chintamani where a full-fledged solid waste management plan was tested. “The idea is to show smaller models and leave it open for them to be replicated,” he says. “Small processes always offer unique learning.”

Officially, Bengaluru generates about 5,000 tonnes of garbage daily, which Rajesh is convinced is exaggerated. “Only 20 per cent of the waste is segregated. The rest is mixed waste ending up at landfills,” he rues. 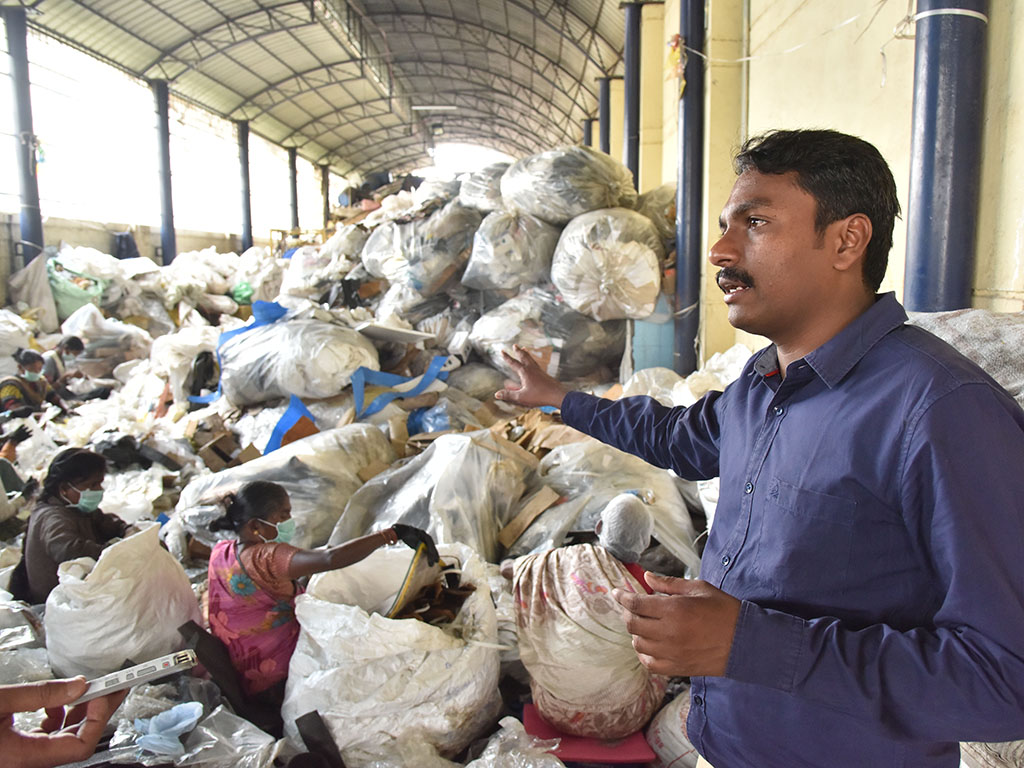 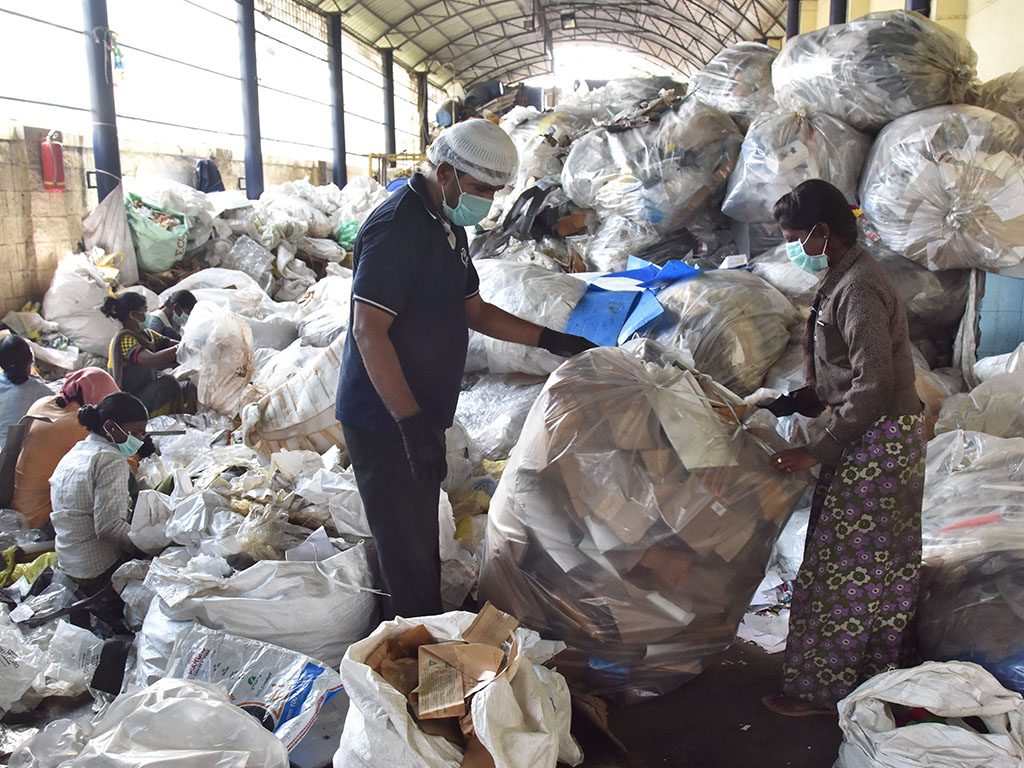 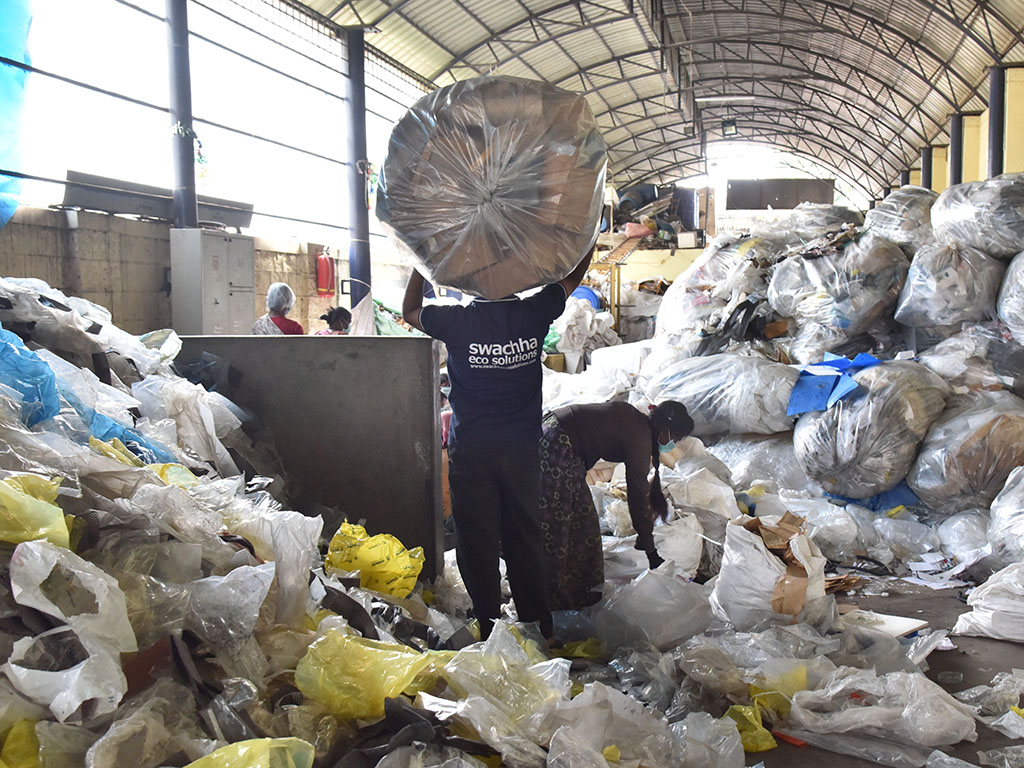 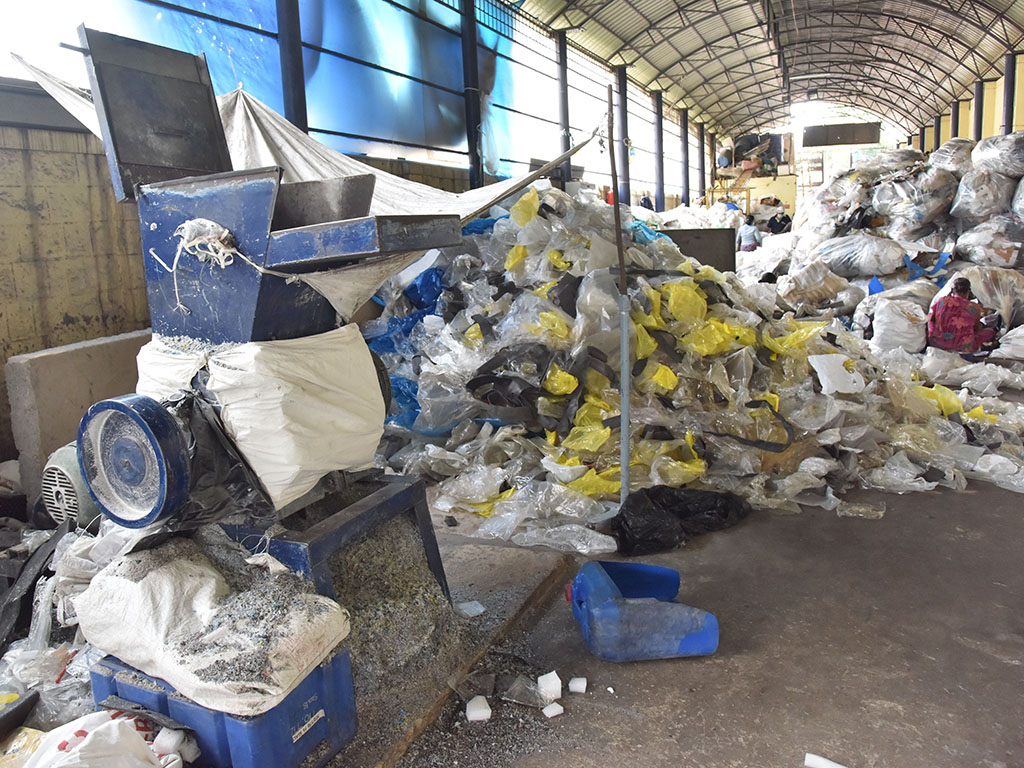