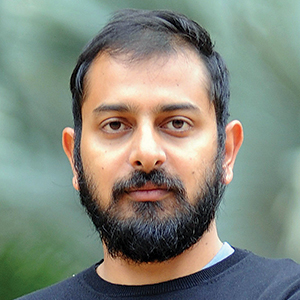 “(Roshan’s) style was so unique and his play of words was something I hadn’t seen in Indian fiction in a very long time. ...I knew there was something special hidden in there somewhere waiting to be read.

Novelist with a bold new voice

At one point in Ib’s Endless Search for Satisfaction, the novel’s protagonist says: “It is difficult to put a man into words.” Ib’s words may well be referring to his creator, Roshan Ali.

The 30-year-old writer from Bengaluru is fresh off the high praise and attention his debut novel has garnered in Indian literary circles. Jerry Pinto, author of Em and the Big Hoom, called Roshan’s prose “an exhilarating dream ride through a city of memory and desire, mixing Emily Dickinson with tapori English…”

Though the present seems promising, the years leading to it were far from smooth. Roshan quit design college in 2008 with “grand plans” of writing a novel, but it was only after 10 years of struggle with loneliness and self-doubt, a brush with depression and many, many drafts later that Ib’s Endless Search for Satisfaction finally came to an end.

The book follows the life of young Ib who has grown up in a dysfunctional home with a schizophrenic father and a ‘nice’ mother. Even as a stern, authoritative grandfather tries to bring order into the life of this melancholic boy, the soul-sucking chaos of the city propels him on in search of a purpose.

In the 10 years that Roshan obsessively worked on the book, the story he wanted to tell changed and evolved. “It’s quite a mysterious process… (In the beginning) I was expecting maybe something a little more expansive and humorous. But yeah, this is what it turned out to be.”

Reading the novel, one may trace several parallels between the lives of Ib and Roshan. However, it is in no way autobiographical.

For one, Roshan didn’t technically grow up in the city. Most of his formative years were split between Rishi Valley School and his family home in Madanapalle, Andhra Pradesh, and his home in Bengaluru. The city found a significant place in his life much later, in 2005.

Ib’s... follows the tropes of a picaresque novel, stringing together semi-random events, and is predominantly influenced by Saul Bellow’s The Adventures of Augie March.

What makes the novel a standout debut is Roshan’s experimental prose. His language combines wry, dark humour and angst, and is in no rush to gain your approval, choosing instead to draw you out of your comfort zone.

For book critic Somak Ghoshal, Roshan is “one of the most distinctive voices” he has read in 2019. “Both in his plot and language, Roshan resisted the pressures of the market to create an accessible, plot-driven narrative. He doesn’t provide the reader an easy anchor in the book, except for the voice of his narrator, which grows on the reader,” Ghoshal says.

According to Rheea Mukherjee, author of The Body Myth and co-founder of Write Leela Write, the book “illustrates the collective anxiety” of a generation. “Roshan’s novel embraces urban isolation in a very palpable way,” she says.

In his attempt to create something new, there were also times when Roshan gave up because he thought the book was “really bad” and unpublishable.

But it took one reading for Tarini Uppal, Editor at Penguin Random House India, to throw her weight behind a ‘risky’ debut novel. “(Roshan’s) style was so unique and his play of words was something I hadn’t seen in Indian fiction in a very long time. ...I knew there was something special hidden in there somewhere waiting to be read,” she says.

Going by the initial reactions though, Roshan thought he had produced “not a very likeable kind of book”. But the risk paid off when Ib’s... was nominated for the JCB Prize for Literature, the country’s richest literary prize, and the Shakti Bhatt Prize. “There’s no closure, no emotional gratification (in the book)... But when it gets nominated for a prize, like the JCB, I think people take a second look to see if it has any kind of literary merit,” he says.

Realisations are characteristic of uncomfortable journeys, and Roshan has had his fair share of those. He was lucky, he says, to have a flat in Bengaluru and a family, especially his wife, that had his back. “They weren’t very enthusiastic about it, but they supported me,” he says. But the most important one is a personal victory. “I feel like, in a way, I tested myself and passed. I realised that I am a persistent person because of this experience,” he says.

Roshan has already started working on a new novel. “I’m trying to make it a comic journey novel. But you’ll have to judge how different it is from Ib’s...” he says.

There’s pressure but the acclaim has attested to his skills as a writer with promise. “India is witnessing a lot of amazing boundary-pushing in Indian-English writing right now, and I think Roshan is definitely a part of that wave,” says Rheea.

This is good news for publishers as well, Tarini believes. “Seeing so many prizes and juries recognise his work has given not only first-time authors but even publishers a lot of hope!” 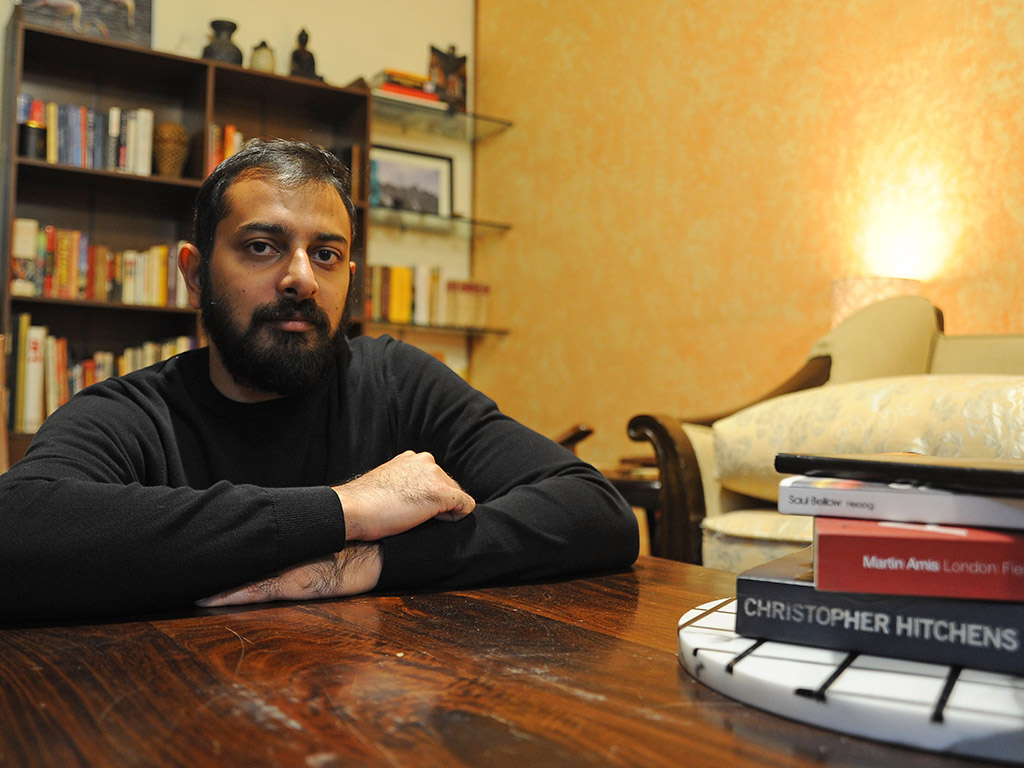 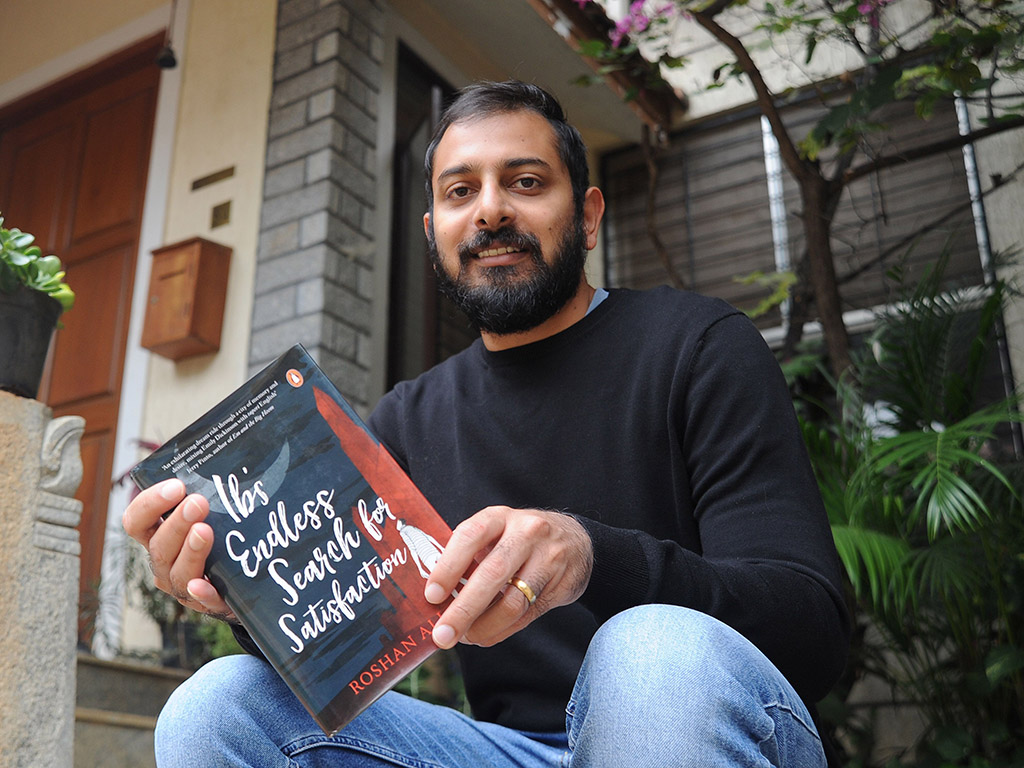 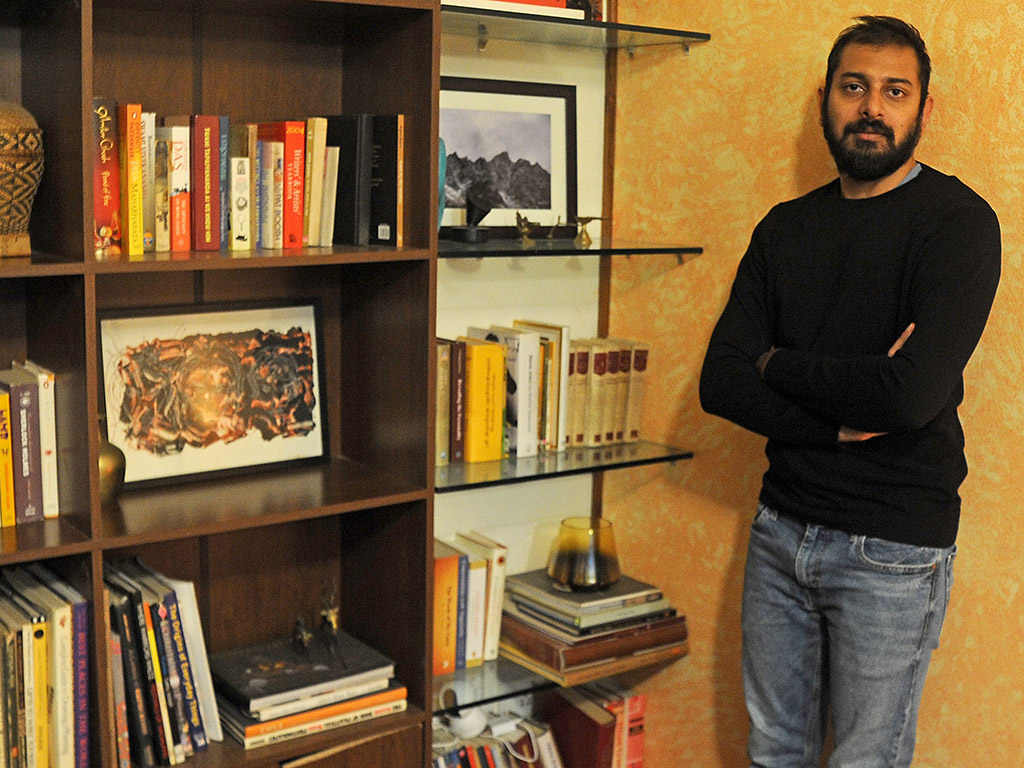