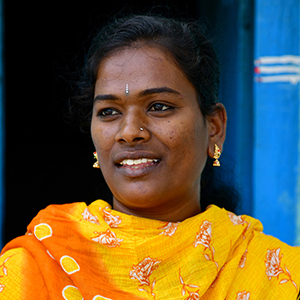 Now I'm young, I can move about. But with local artistes barely encouraged, how does one grow up in the field they are passionate about? And when I grow old? Will I still get opportunities? Sometimes, I feel I do this to build a system of sustenance for artistes in this field.

If Sudha Muttal’s first stage was her school, her most-performed act was skipping classes. Parched in a caste-based discriminatory atmosphere, she was all too familiar with last benches, blurry blackboards, and the big thorny neglect.

So, off the truant went to create her oasis in the fields, by playing dough with mud, unearthing worms, and sailing paper-boats when rains obliged.

She was familiar, too, with the economy at home as her loving parents ploughed the fields and the family of seven led a hand-to-mouth existence, which forced her to drop out of school once.

Her dream, then, settled into this big picture. She aspired to teach and secure a government job for financial stability.

But today, 28-year-old Sudha stands in her village, Bannikoppa, an agrarian settlement in Koppal, as a theatre artiste and says, “It’s a service I’ve been in for ten years now. In this journey, I’ve realised how theatre can change a person. It has given me dignity; it has given me an identity in the society. I know people here have talents... maybe not formal education... and I intend to mine, nurture and bring them to light through performing arts.”

To this end, she runs her year-old NGO, Aksharadavva Savithri Bhai Phule Kalaranga Samsthe, which trains the villagers, especially women and children, in theatre, dance, music etc. The name, she says, comes from her role model, the social reformer, poet and teacher who championed women’s education.

“Suggi pada, kutto pada, tattwa pada, daiva pada, lavani pada... people love singing. From theatre, I borrow and teach games related to coordination, body movement and team exercises to children and consciously keep out gender inequality. When the youth and the elderly women are done with their classes and fieldwork respectively, they get together for practice no matter how tired they are. The women say they have toiled in the fields for so long; now they want to travel and perform outside the village, and win people’s hearts. Because they are convinced that (performing) arts has value,” outlines Sudha.

This acceptance has come in recent times.

Back when Sudha wanted to pursue her diploma in theatre, facilitated by the NGO Sakhi, her parents were closed to the idea.

Such forays were frowned upon in the village and naturally, her parents feared judgement from their community.

“They worried no one would marry me because of the ‘showy’ pursuit. It’s only after the NGO assured them a better life for me that they let me go. Once they began attending my shows and were included in felicitations, their fear gave way to pride,” she says.

Just last month, a government-recognised world-record organisation based in Chennai called her the youngest drama artiste to have given more than 5,000 performances and 500 cultural programmes.

Through Rangayana (a theatre institute in Mysuru), she made her début in 2010. She began touring with various theatre groups across the state. There was Jamura Suttata from Chitradurga, the tour of Tamasha, Maharashtra’s folk form, and her most memorable, the adaptation of Rashtrakavi Kuvempu’s novel Malegalalli Madumagalu, which was staged in Mysuru and Bengaluru. The play, which spans over nine hours and runs through the night, got her critical fame and she performed 50-60 shows.

“No one was ready to send their children to a play that went on during the night. But Sudha took that opportunity,” says M Bhagyalakshmi, the founder of Sakhi, an organisation that supports women from economically disadvantaged families by ensuring they get education, opportunities for financial independence and counselling when needed.

“I remember she even taught theatre at the Chilipili Child Labourers’ Special School in Pothnal village, Raichur, run by Jagrutha Mahila Sanghatane,” she adds.

Sudha’s interest didn’t stop there. She completed a Master’s degree in Kannada while she trained in theatre. Recently, her collection of poems was published under the title Mounagombeya Maatu.

Silent, shy and self-conscious were the impressions Sudha first gave Basavalingayya, former director of Rangayana, and her mentor.

“She was led by fear and bothered by her complexion. But, theatre is meant to question everything and help you find your path. When Sudha played the daughter’s role in Malegalalli Madumagalu, there was also scope for her personal introspection because Kuvempu addresses social injustices. The costume and make-up boosted her confidence. Audience loved her character. I saw a complete change in her attitude and body language. She expressed, she argued off the stage. That’s inspiring to so many women,” he pauses, “What’s more powerful and anchoring than self-confidence and independence in life?”

Back in Bannikoppa, as Sudha readies the audio system for a rehearsal, an ensemble comes to life. The women in pink saris ready their harvest props, two young girls, bejewelled, are ready with dance moves. Many villagers and livestock add to the numbers and look on under the blazing sun.

Sudha calls out to her team, “Ready yet?!”

This is the class she doesn’t want to skip. 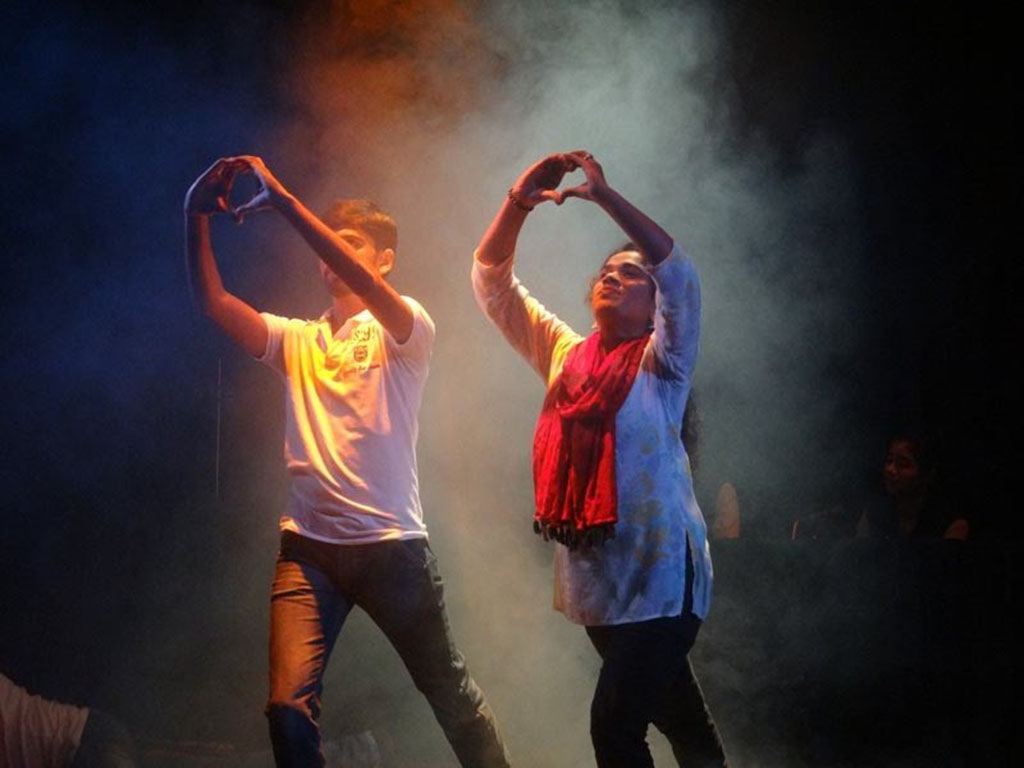 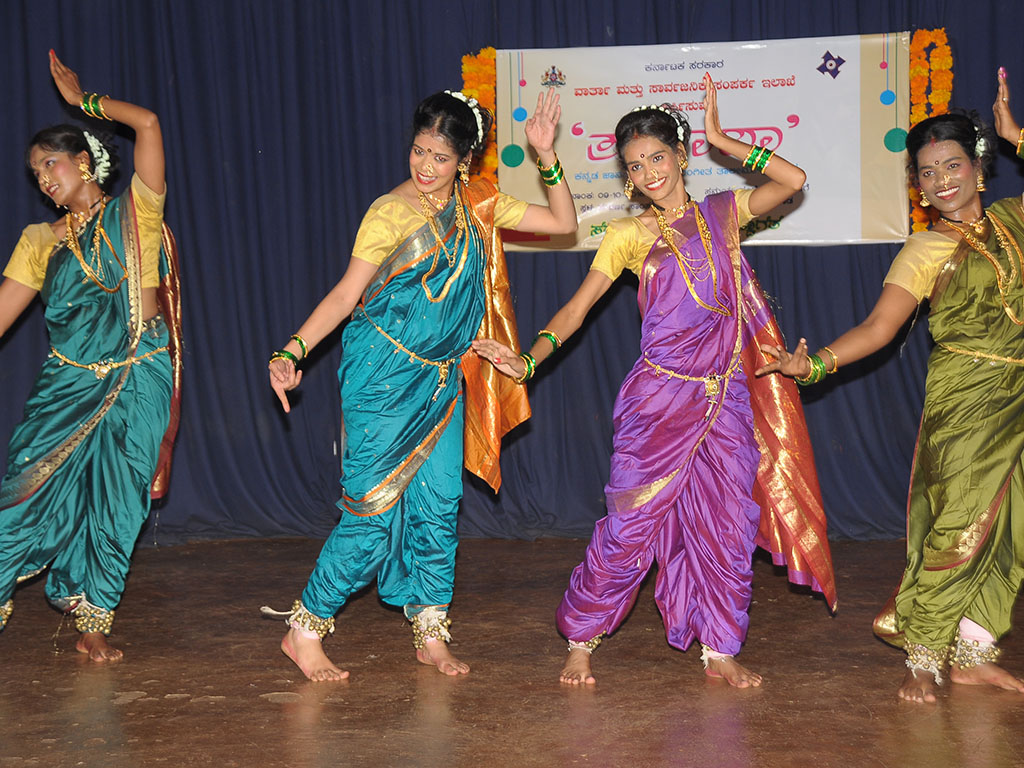 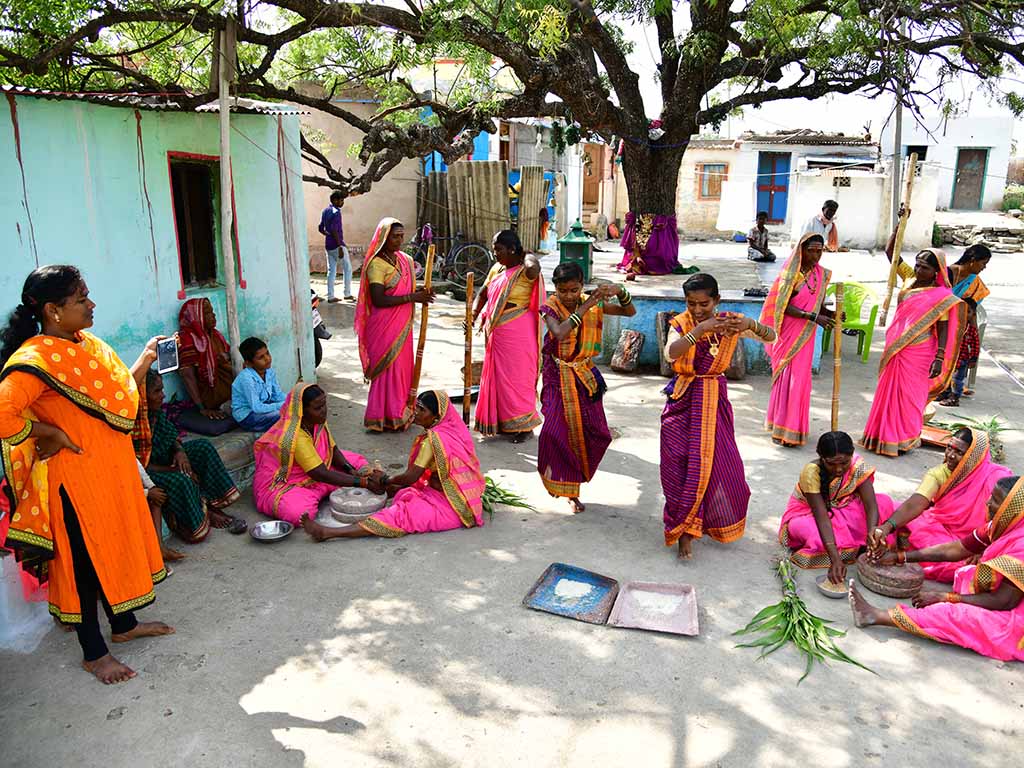 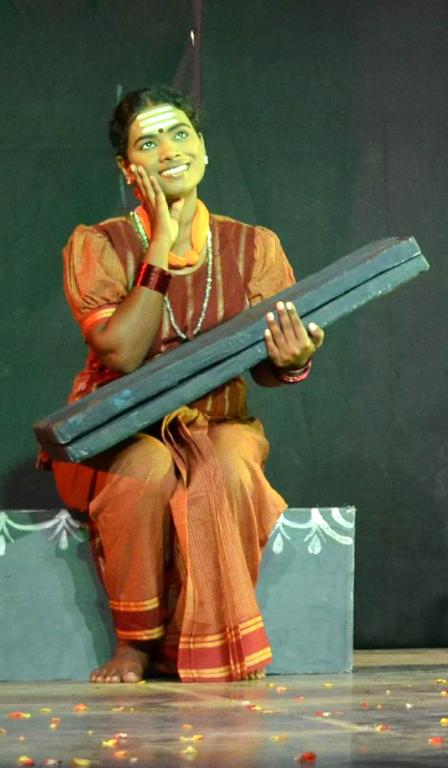 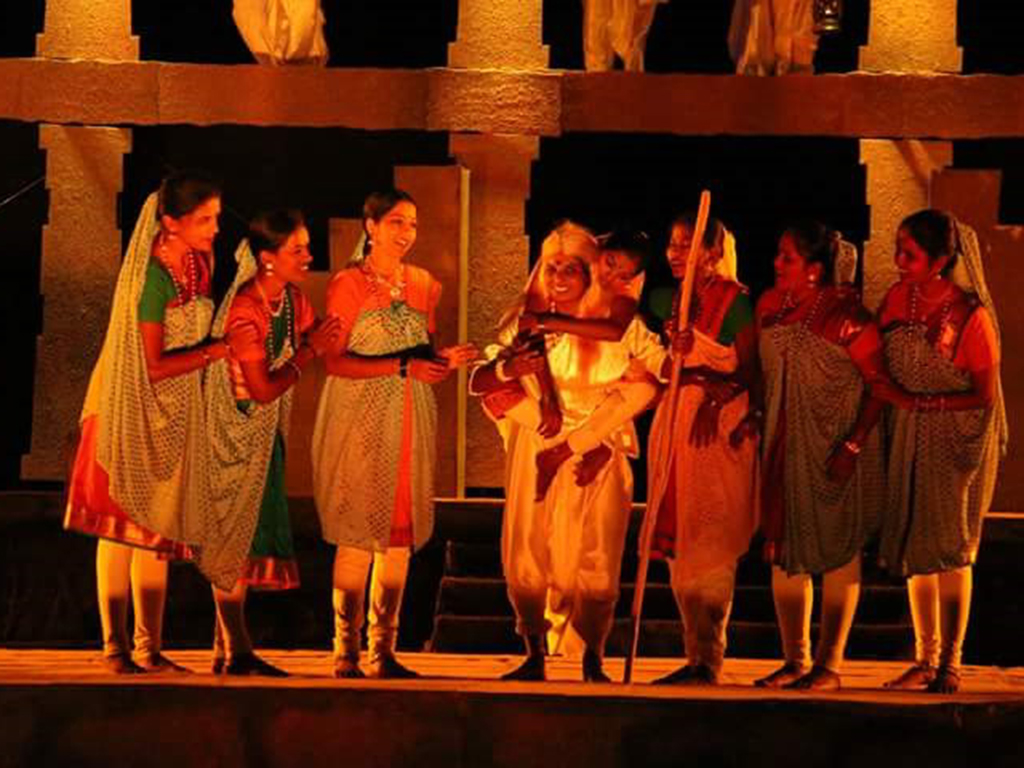 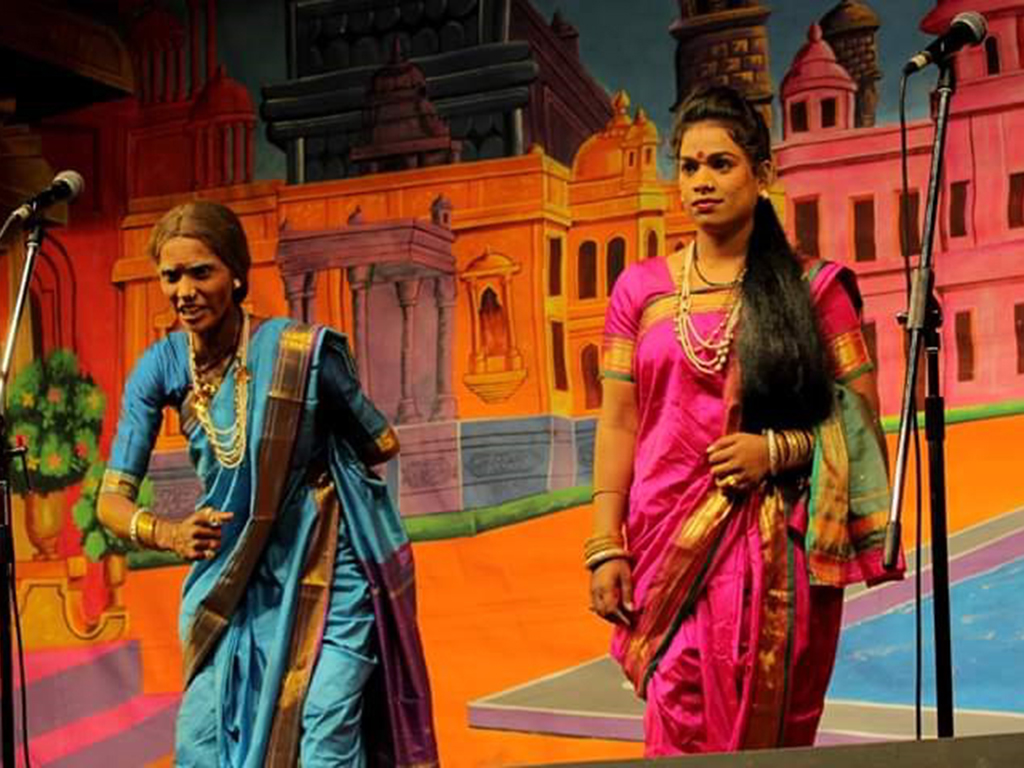