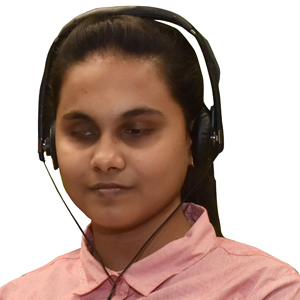 A vision to empower

In 2017, as her classmates at the IIITB’s MSc in Digital Society showed job offers from tech majors, 24-year-old Vidhya Y watched it in dismay. She, after all, was the class topper and gold medalist, and no company had made an offer fitting her skills and capabilities.

“Some of the companies asked me if I could use computers,” Vidhya says with a disheartening smile.

But Vidhya — the first totally blind student to qualify from the International Institute of Information Technology (IIITB) — was no stranger to challenges. Visually-challenged by birth, she had successfully converted obstacles into opportunities in the past.

She wanted to turn her latest situation upside-down by becoming a job maker and channelising her skills to change the learning paradigms of the visually-challenged. “This had been my dream since Class 6,” she says.

To a somewhat shocked faculty at IIITB, she declared her intention to start a strong research-oriented organisation to make science and math education available for the visually-challenged.

The situation robs students of even basic mathematics. This impacts them while writing competitive exams for jobs later. The spirit of inquiry so freely available for children in mainstream schools is denied. This is a kind of discrimination many in the education system are not even aware of, adds Vidhya.

Prof Amit Prakash, Associate Professor at IIITB and coordinator for the MSc Digital Society programme, who mentored Vidhya, supported her decision. “I told her there’s no one better than her to do this, given her personal understanding of the problem,” he says. “It’d fulfil one of the main objectives of the MSc programme — to take benefits of technology to previously underserved communities.”

He also brought Vidhya together with Supriya Dey, a two-decade industry veteran, who put her research acumen to solve the problem. Joining hands with her, Vidhya founded Vision Empower, and the organisation was incubated by IIITB in October 2017.

“(As a sighted person) I had some experience of the challenges since I volunteered time at a local blind school. But Vidhya’s knowledge was vital in approaching this problem,” says Supriya.

In the absence of any significant secondary literature, the duo built their case and the solution right from bottom-up. They sat in classes with the visually-challenged students, spoke to teachers, and reached out to organisations on a similar quest.

The pair evolved accessible content in the form of tactile diagrams, Braille and audiobooks. They trained the teachers — who themselves have no knowledge of science and math teaching — and developed tech products such as Subodha, the learning management system for teachers and students.

Joseph Kiran Louis, who teaches classes two to 10 at Sri Ramana Maharishi Academy for the Blind, says Vision Empower’s training has provided the best kind of tools and strategies to teach math to his students.

“I’ve been teaching math even before this training,” Louis reveals. “Now I teach computers, math and English to the (visually-challenged) students here. In fact, I feel more confident teaching math and science now, and find students grasp the subjects much easier than before.”

Based on their work with the blind schools, Vision Empower also conducted Anubha, an experiential learning workshop for students.

With the research skills and technology tools, they began to chip away the edges and pried loose the most obstinate aspects of the problem.

When Vision Empower received government approval to provide their accessible content to nine schools, it excited them. Their work received further validation from the industry as Vidhya secured a researcher’s position with Microsoft Research, which also funded Vision Empower’s initiatives.

“Her presence made our institution and my colleagues understand inclusion in a practical way,” said Prof S Sadagopan, Director of IIITB.

“The way she handled classroom challenges gave us the confidence to take in more people with special needs, particularly in the MSc Digital Society programme that has a social science perspective,” chimed in Prof R Chandrashekhar, the institute’s Dean (Academics), who taught Vidhya.

The professors admit that Vidhya has inspired an academic movement with accessibility and inclusion at its core. As for the young woman, working for the community has also led to personal transformation. “I gained more confidence to travel on my own,” Vidhya proudly announces. “I recently presented our solutions at Empower, the accessibility conference at IIT-Delhi.” 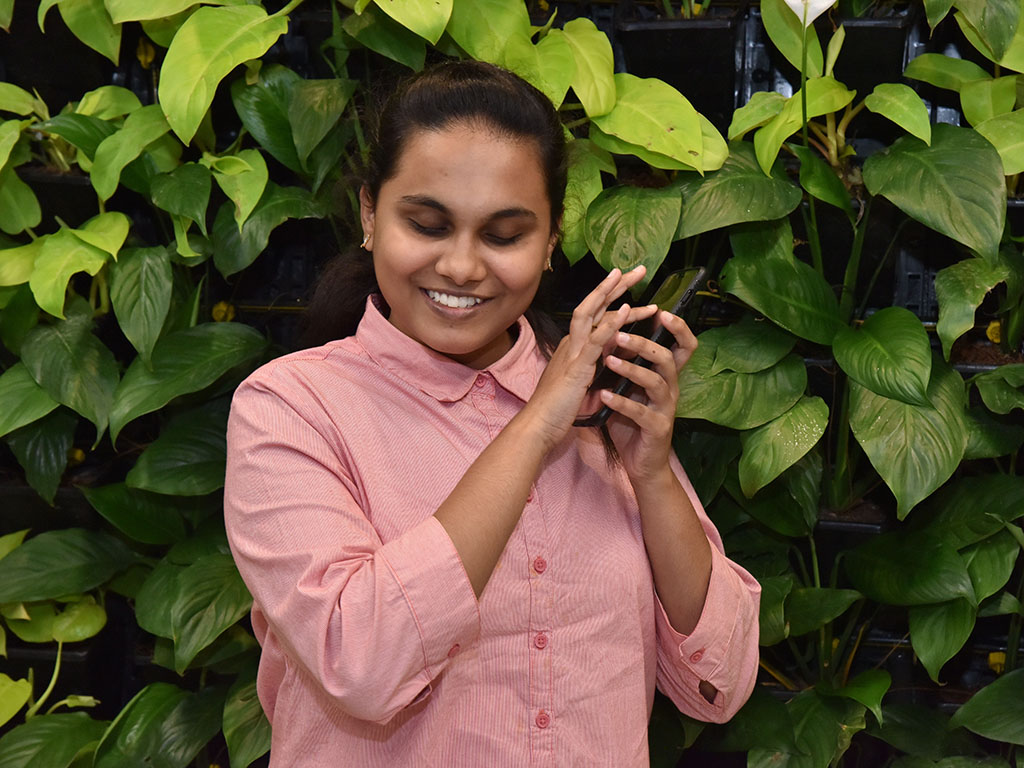 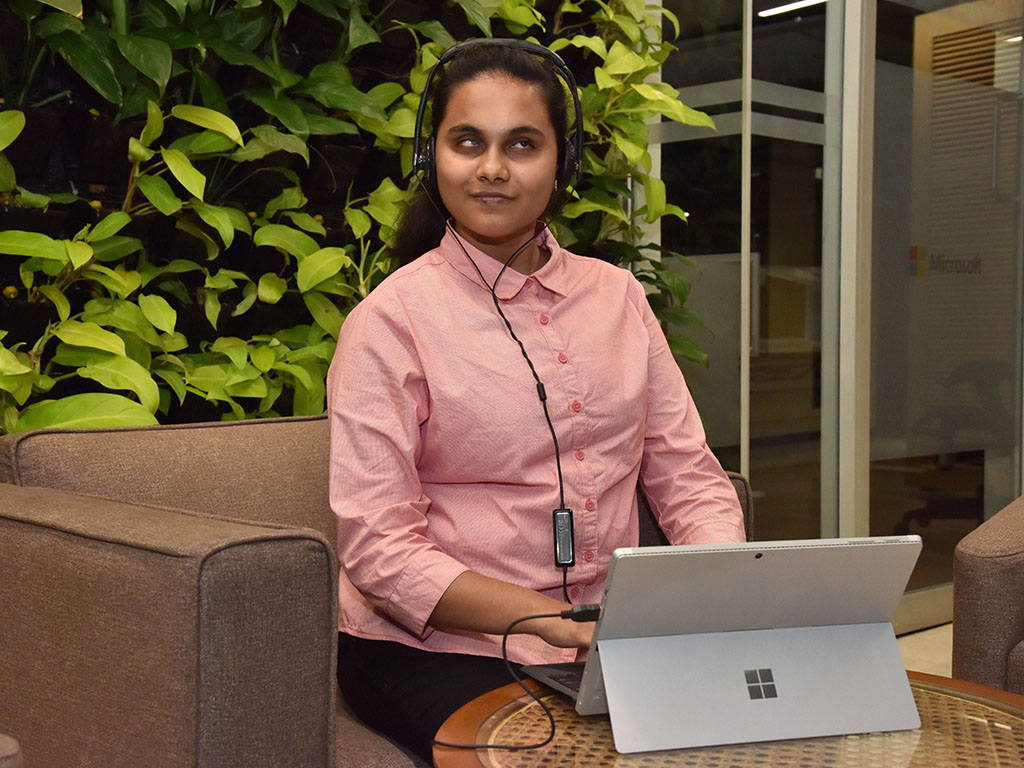 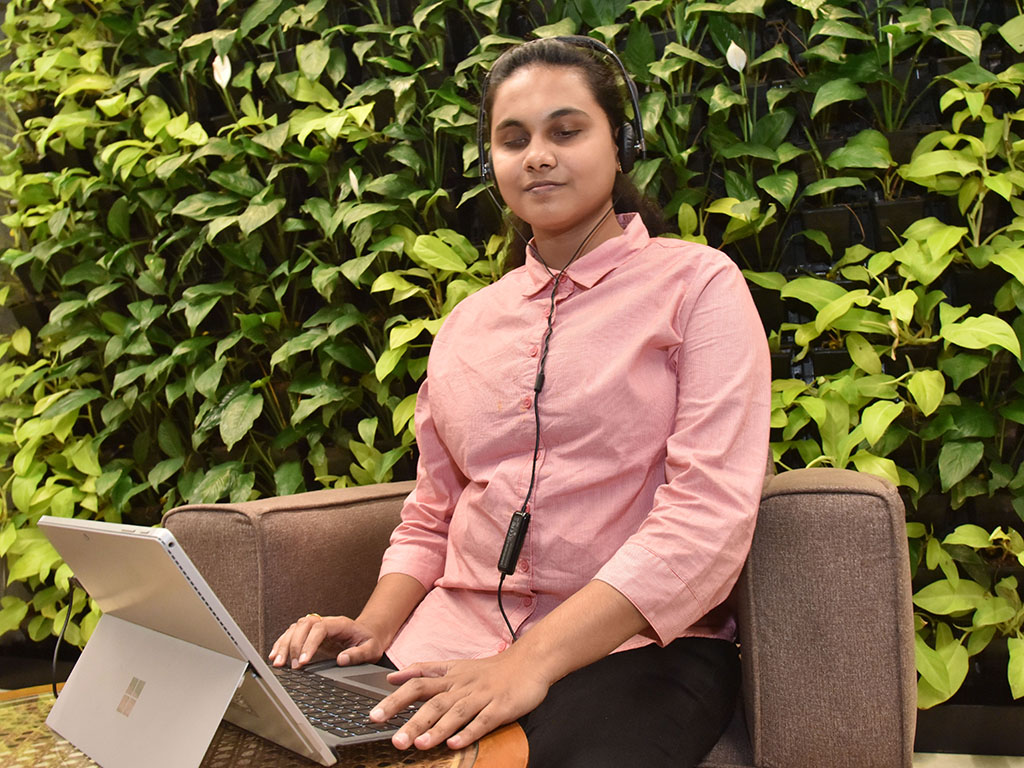 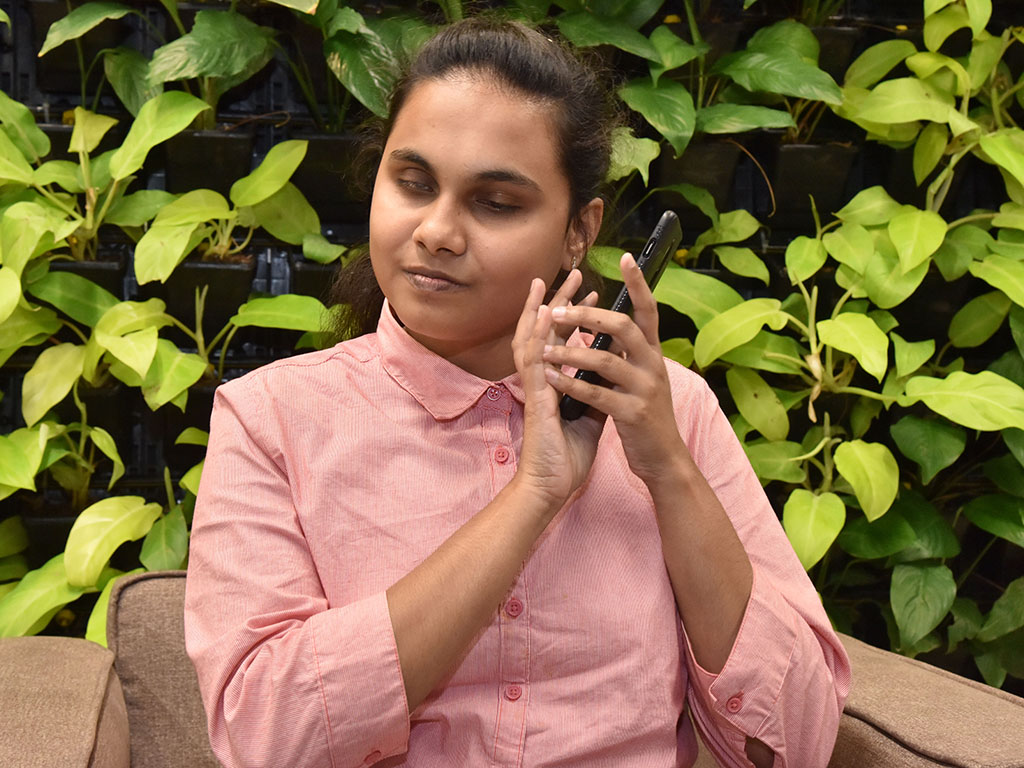